Open vs. Closed Rhinoplasty By The Landings Surgical Centre on May 06, 2013 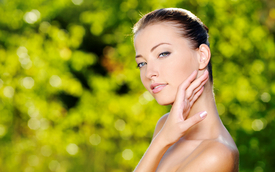 Patients that are considering rhinoplasty should be aware of the differences between the two techniques used in nose surgery. These techniques are referred to as open and closed rhinoplasty. For patients in Nova Scotia and New Brunswick, plastic surgeons Richard Bendor-Samuel and Louis Boileau offer this overview to describe the differences between open and closed rhinoplasty. For more information, contact their Halifax-based plastic surgery practice, The Landings Surgical Centre.

What Is Open Rhinoplasty?

Open rhinoplasty is a surgical technique in which some incisions are created on the outside of the nose. Incisions are made along the sides of the nose and between the nostrils to allow greater access to the internal structures of the nose. Next, the skin is lifted to expose the nose cartilage and bones. At this point, the internal structures of the nose are reshaped either by removing or adding cartilage, or altering the bones. Skin can also be removed from the nostrils to improve their shape and appearance. Once the nose is shaped to the desired look, the skin is put back in place and the incisions are sutured closed and the nose is bandaged.

What Is Closed Rhinoplasty?

Closed rhinoplasty refers to the rhinoplasty technique in which all incisions are made inside the nose. This technique prevents any scars from being visible on the outside of the nose. Incisions are made inside the nostrils. The skin is then separated from the structures of the nose to allow the surgeon access to reshape the internal structures. Once sculpted to the desired appearance, the incisions within the nose are sutured closed and the nose is bandaged.

What Are the Advantages and Disadvantages of Each Technique?